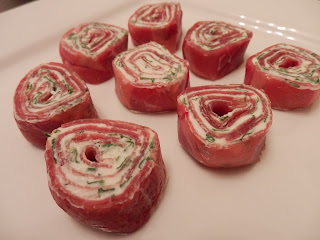 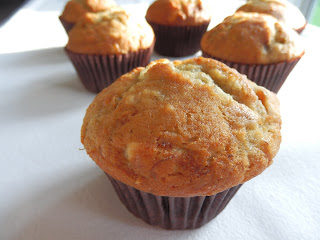 As I mentioned in my last post, I firmly believe that the way to get through January without succumbing to post Christmas blues is to indulge oneself; indeed the motto for January should be 'a little of what you fancy...'. After all, there's plenty of time in the rest of the year for strict denial and cut backs of all kinds.


The snow that everyone else in the UK seems to be enjoying is unfortunately staying stubbornly away from here but whilst waiting patiently for the magical transforming properties of that elusive white stuff, I thought that these little bundles of sweet, sticky pleasure might help to pass the time. They're filling so ideally suited to stave off a mid afternoon slump, accompanied by a cup of coffee or tea. I imagine they would be ideal to satisfy a post frolic-in-the-snow hunger pang too...

As someone who doesn't really like white chocolate, I seem to be using it quite a lot in my baking these days. I find that it works really well when you offset the intense sweetness - the sourness of the dried cherries does that perfectly here. Providing a bit of crunch in contrast to the smooth chocolate is likewise a good idea. To that end, I've added a few walnuts to Nigella's original recipe. I've also reduced the amount of white chocolate slightly.

I'm entering this into the fabulous Forever Nigella challenge started by Sarah at http://blog.maisoncupcake.com/forever-nigella-faq and hosted this month by Sally at Recipe Junkie http://recipe-junkie.blogspot.co.uk/2013/01/forever-nigella-22-food-to-cherish-your.html. This month's theme is 'Food to cherish your loved ones with' and these cupcakes certainly do that.

I'm also sending this over to Javelin Warrior's weekly challenge, Made with Love Mondays, a weekly series to promote, share, and celebrate foods made entirely from scratch.

Mash the bananas in a bowl with a fork.

Melt the butter in a large saucepan, then, off the heat, add the sugar, vanilla and mashed bananas.

Stir in the sour cream and the eggs and beat to mix.

Sieve the bicarb, baking powder and flour together so they're well mixed. Don't miss this step out because it ensures the bicarb is evenly distributed. Add to the wet ingredients together with the cherries, white chocolate and chopped walnuts.

Stir until the mixture is just blended and divide between the 12 muffin cases. I've started to use an ice-cream scoop to do this and it works really well.

Cook for 20 minutes or until golden and springy on top. Remove the cupcakes in their papers to a wire rack and leave to cool. 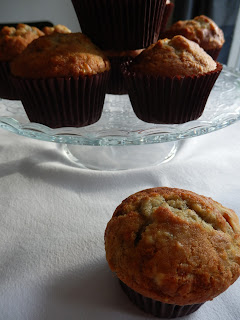 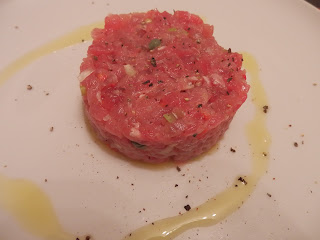 I'd like to start off by wishing everyone a very happy 2013. I'd also like to apologise for my unintended prolonged absence from Leeks and Limoni. ﻿It was due to a variety of factors that just happened to come one after another, starting with a virulent computer virus, followed by building work which I naively thought would be confined to two rooms but actually took over the whole house. Just as the work was finally ending, I caught one of the nasty bugs doing the rounds which took me nicely up to Christmas. However, a wonderful two weeks in Italy effectively got everything back on an even keel.

Now, I know that traditionally everyone feels that they have to go on a diet in January or at least cut back on various much loved dishes and drinks. Yet personally I think that this is the wrong way to go. January is generally a fairly gloomy month, with grey skies, dark mornings and no holidays on the horizon so to eliminate still further the little pleasures of life seems rather counterproductive if you ask me. I prefer to ease myself into a new year with a few treats rather than make myself virtuously miserable with puritanical abstinence.

Whichever camp you are in however, this tuna tartare fits the bill nicely. The flavours are lively and zingy, the fresh tuna gives it a suitably luxurious feel and it is light but satisfying - you feel as though are eating something special rather than doing penance.

I'm sending this over to Javelin Warrior's weekly challenge, Made with Love Mondays which encourages us all to cook from scratch and provides great recipes to try every week.

Using a very sharp knife, cut the tuna into small (but not too small, you want a bit of texture) dice.

Mix all the other ingredients together in a bowl.

Add the tuna to the other ingredients, mixing it all together very gently. Season with salt and pepper.

Spoon the mixture into two rings or other moulds, pressing down gently but firmly.

Leave in the fridge for about half an hour before serving. 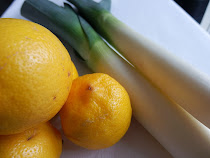